Despite firmly rooted in painting, Sandra Gamarra’s work constantly seems to contradict and subvert what is expected from this two-dimensional medium, which many consider outdated and emptied. For the artist, to exhibit her pieces is just the starting point to give a new meaning to the format in which she works and the space where it is experienced. In her exhibitions it is difficult to discern each part from the whole. The articulation of the elements and the semantics of the exhibition constitute a kind of meta-composition much like an installation. Furthermore, her work often camouflages and conceals itself in the space that contains it, causing a reciprocal contamination, which emphasizes that neither the work nor its physical and institutional context can be read independently.

The moment of encounter between work and viewer is something that the artist has frequently explored and stems from a greater interest in the interaction between Man and the symbols to which the collective imagination has conferred value and legitimacy, such as the artwork. For Gamarra, contemplating art, before any political or philosophical reality, is an act of faith. It transcends religion and is enclosed in a set of cultural systems and beliefs, which establish the signs and rites that relate humanity with its spirituality and moral values, either through religious devotion or cultural experience.

The belief in the transformative power of art is directly linked to certain qualities that have been historically inherent to the artwork, such as its authenticity and uniqueness, features that grant it an aura to be worshiped. If on the one hand, the manual making of Sandra Gamarra’s work reiterates this traditional notion of artwork by ensuring the individuality and originality of her pieces. On the other, the thematic focus and the use and appropriation of existing images weaken this authorial aura and desacralizes the art object, placing it in a limbo between authenticity and copy. Consequently disrupting the way the spectator apprehends the physical and institutional context where it is exhibited.

One of the best examples of this strategy is her fictional museum, the LiMac- Lima’s Contemporary Art Museum (http://li-mac.org/), whose collection consists of copies, painted by Gamarra, of works from other artists, exhibition catalogs, souvenirs, among others. With an architectural design that intentionally never came to pass and numerous collections and exhibitions available online, LiMac is not just a response to the lack of cultural institutions in Lima but also a critical reflection of a great culture/economy of fake brands existing in Peru since the 60’s/70’s, as a result of the shortage of imported goods. Thus, this museum-to-come is not only a gesture along the lines of Institutional Critique, but also a critical reflection of the distance between the global-center and its periphery which results in a constant “delay” in the arrival of ideas, movements and products to the marginal countries.

These late imports, including artworks, end up being experienced as readapted and incomplete copies or reproductions that are deprived of the original work’s aura. Through her method of appropriating existing images the artist affirms this incompleteness and subverts the fetishist observation of the artwork. Thus questioning the relationship between producer, work, viewer and the space where they meet. As well as the mechanisms of the art world, its institutions, its market and the creative process that feeds them.

The critical bias of Gamarra’s work is not an end in itself but a side effect of a complex synthesis of interests, narratives and interconnected concepts. Her work and research play with the juxtaposition of different times and notions of history, art history, autobiography and imagination as a means to reconsider a set of socio-political relations that are responsible for the formation of the social body and the physical space that corresponds to it. In this regard her work is eminently urban. In order to understand it is necessary to transcend the exhibition space and put it in friction with the socio-spatial context one inhabits. 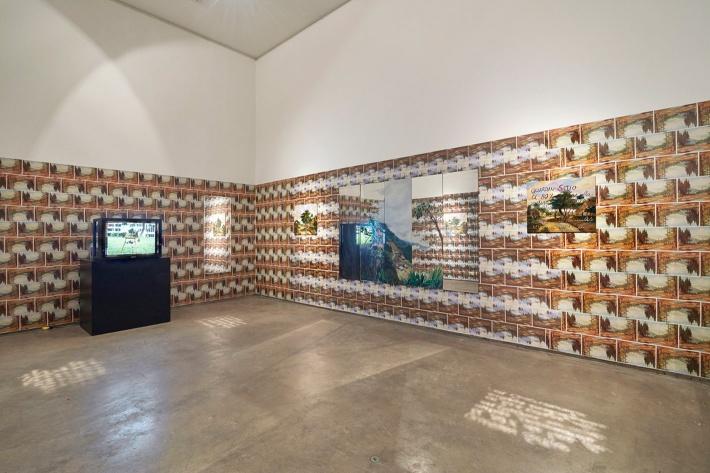 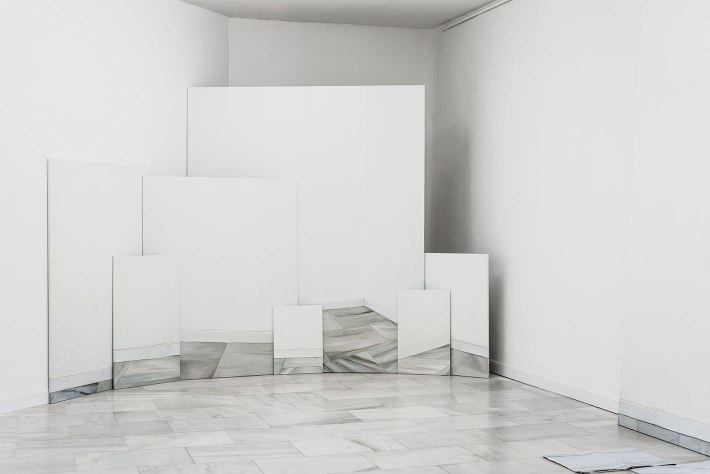 LiMac in Guimarães, 2012. // The visitors of the “You are Here” exhibition are guided by a specially designed map to find paintings installed in the city of Guimarães, Portugal. The venues are not white cubes or galleries but places of passage such as stores, bookstores, bars, associations or places of leisure. The paintings display situations that occurred in the city and the cultural events for the European Capital of Culture and were disseminated to specific spaces.

LiMAC at the 29th São Paulo Biennial, 2010. // After having had their loan request for the German artist Gerard Richter’s series October 18, 1977 turned down by MoMA (New York), the Bienal curators invited LiMac and Sandra Gamarra to paint copies to replace Richter’s originals. The original series, as well as its copy, partially exhibited in this hall, consists of fifteen paintings that recreate pictures of members of the terrorist organization Baader-Meinhof in the mid-1970s, taken when they were found dead in their German prison cells. The process Gamarra used to produce the paintings – based on the pictures in the MoMA catalogue – echoes that employed by Ricther, who made his paintings from photographs published in newspapers and magazines. 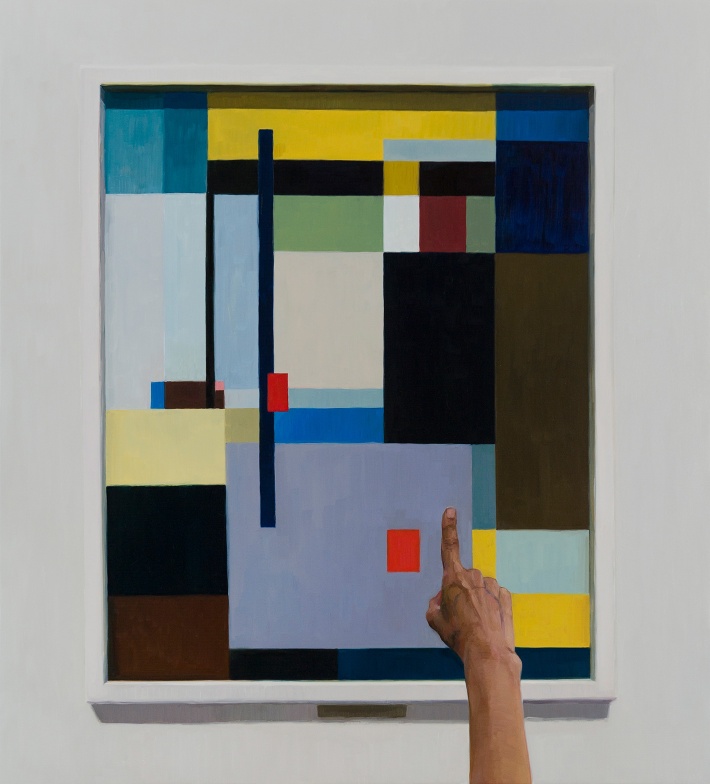